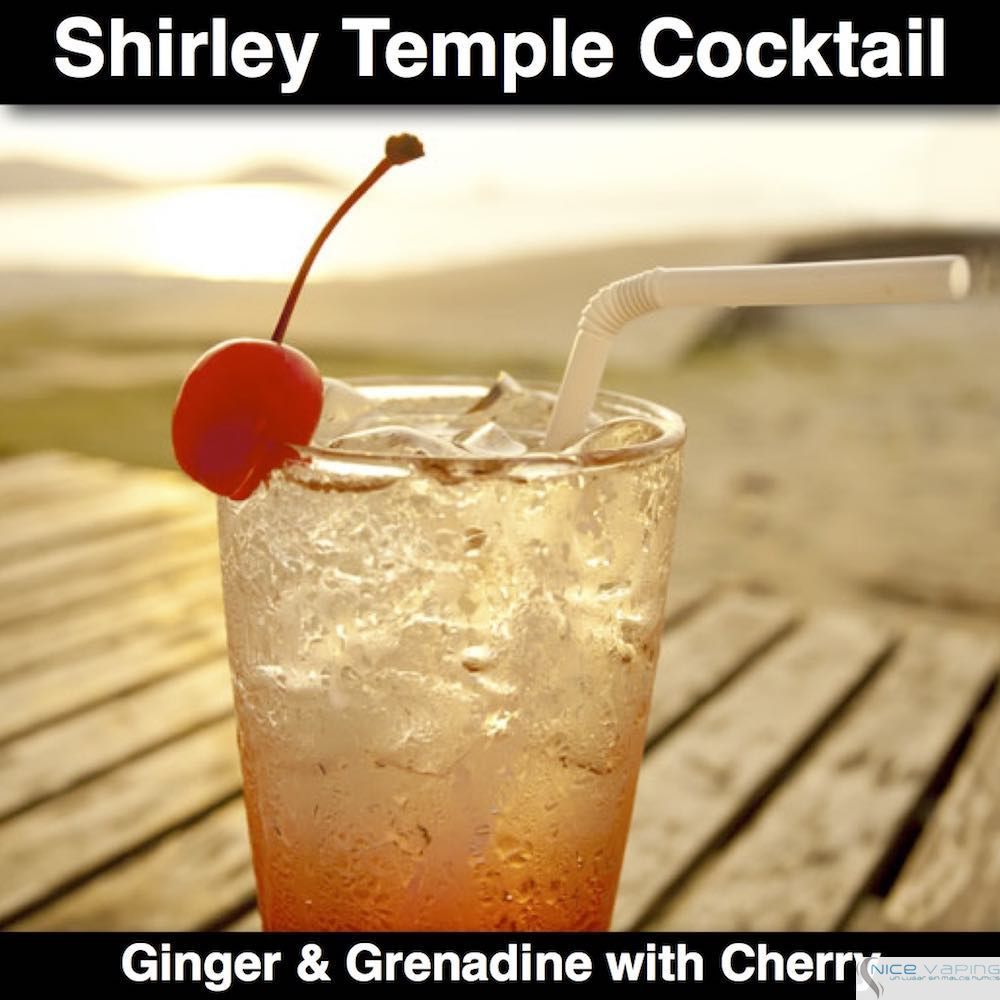 A Shirley Temple is a non-alcoholic mixed drink traditionally made with ginger ale, a splash of grenadine and garnished with a maraschino cherry Modern Shirley Temple recipes may substitute lemon-lime soda or lemonade and sometimes orange juice in part, or in whole.

Shirley Temples are often served to children dining with adults in lieu of real cocktails, as is the similar Roy Rogers.

The iconic child star Shirley Temple died on Feb. 10, 2014, but she leaves an indelible legacy — not only in the movies in which she starred and the places where she later served as a U.S. ambassador, but also at bars and restaurants around around the world, in the form of the mix of grenadine syrup and soda that bears her name.

But how did the drink — perhaps the most famous non-alcoholic cocktail ever — come to be associated with the actress?

The exact source of the name is a bit of a mystery, but most stories agree on the reason, which is obvious: the young starlet was out at a restaurant and needed something non-alcoholic to drink. Reportedly, Temple was "whining" over her parents sipping old-fashioneds, which also come with their offshoot's signature maraschino cherry, and so the waitstaff mixed up a teetotal version for her. (Some recollections have the drink being first mixed at the Hollywood eatery Chasen's, while others say it was the Brown Derby restaurant, also in Hollywood; the Royal Hawaiian Hotel has also said that their bartenders came up with the cocktail.)

Still, even the ingredients are in dispute. There's definitely a dash of grenadine and a maraschino cherry, but the soda can consist of ginger ale, lemon-lime soda or a mix. Some recipes also include orange juice.

One thing is for sure, however: the star herself didn't want anyone making money off her signature drink by using her name. In 1988, when there were attempts to market a bottled soda bearing the name "Shirley Temple," she brought civil lawsuits claiming that her name was not a generic term, and that using it as such was an invasion of her privacy. As she told the New York Times at the time: "All a celebrity has is their name."

For Shirley Temple, considering her name is also an iconic beverage, that's a lot to have.

The cocktail may have been invented by a bartender at Chasen's, a restaurant in Beverly Hills, California, to serve then child actress Shirley Temple. However, other claims to its origin have been made

Temple herself was not a fan of the drink, as she told Scott Simon in an NPR interview in 1986: "The saccharine sweet, icky drink? Yes, well... those were created in the probably middle 1930s by The Brown Derby Restaurant in Hollywood and I had nothing to do with it. But, all over the world, I am served that. People think it's funny. I hate them. Too sweet