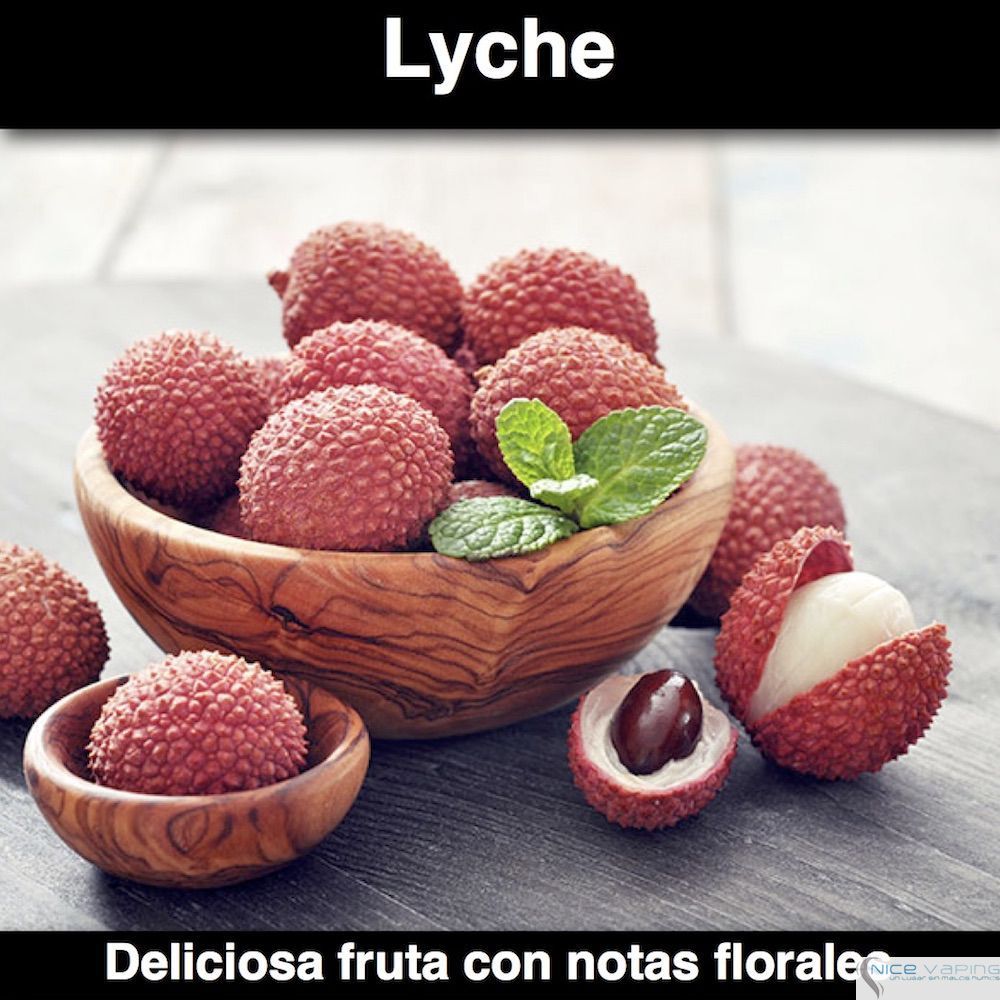 In the lychee, the balance of sweet and tart is perfected. Its light, floral taste -- some say it's a grape/rose, others insist pear/watermelon -- pairs perfectly with coconut, lime, and other tropical tastes.

Manufactured only with the best ingredients.

Lychee is the sole member of the genus Litchi in the soapberry family, Sapindaceae. It is a tropical tree native to the Guangdong and Fujian provinces of China, where cultivation is documented from 1059 AD

Lychees are a close relative to the rambutan and longan and are native to Southern China, but are popular all over Southeast Asia. They are around the size of a golf ball, and, when peeled, are milky white. However, before peeled, they basically look the same as a strawberry but are much bigger.

While they're native to Asia, lychee season does exist in America. It starts in May and continues through the summer, with farms in California, Texas, and Florida. Generally speaking, fresh lychees will be difficult to find in a local supermarket, but the canned versions are a staple.

In America, lychee is mainly used in drinks. As I said earlier, I've seen lychee martinis and mimosas. It's a perfect summer fruit, which explains why it's in so many warm weather drinks. However, outside of the States it's used in literally hundreds of different dishes, like this cucumber lychee salad, this apple, lychee, and raspberry crumble or this red duck curry. Moral of the story: it's a versatile food. It also has solid nutritional value.

Lychees are a good source of Vitamin B, Vitamin C, potassium and polyphenols. In fact, lychees have the second-highest concentration of polyphenols (a chemical that acts as an antioxidant) in any fruit. It has also been said that tea from lychee peelings can cure smallpox or diarrhea, and parts of the bark, root, and flowers can be gargled to cure a sore throat.