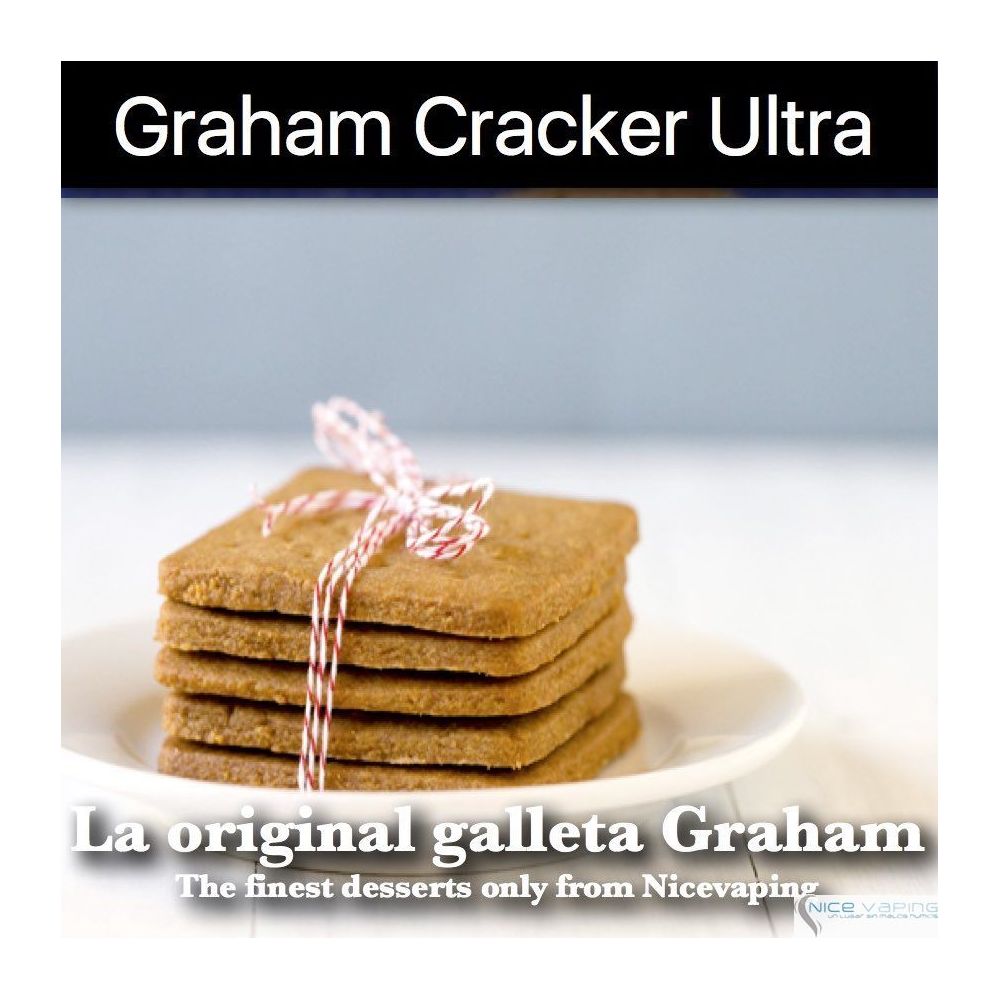 An ultra e-liquid with the full flavor of the original Graham Cracker invented over a century ago.

An original vegetarian cookie made of whole grain bread and brown sugar, 100% natural ingredients made at home as per Sylvester Graham preached years ago.

The Graham Cracker was inspired by the preaching of Sylvester Graham, who was a part of and strongly influenced by the 19th century temperance movement; Graham believed that a vegetarian diet anchored by home-made whole grain bread, made from wheat coarsely ground at home, as part of a lifestyle that involved minimizing pleasure and stimulation of all kinds, was how God intended people to live and that following this natural law would keep people healthy; his preaching was taken up widely in the US in the midst of the 1829–51 cholera pandemic

His followers, Grahamites, formed one of the first vegetarian movements in the US, and graham flour, graham crackers, and graham bread were created for them and marketed to them; Graham did not invent these products nor profit from them.

A near equivalent in the United Kingdom is the digestive biscuit

26 other products in the same category: