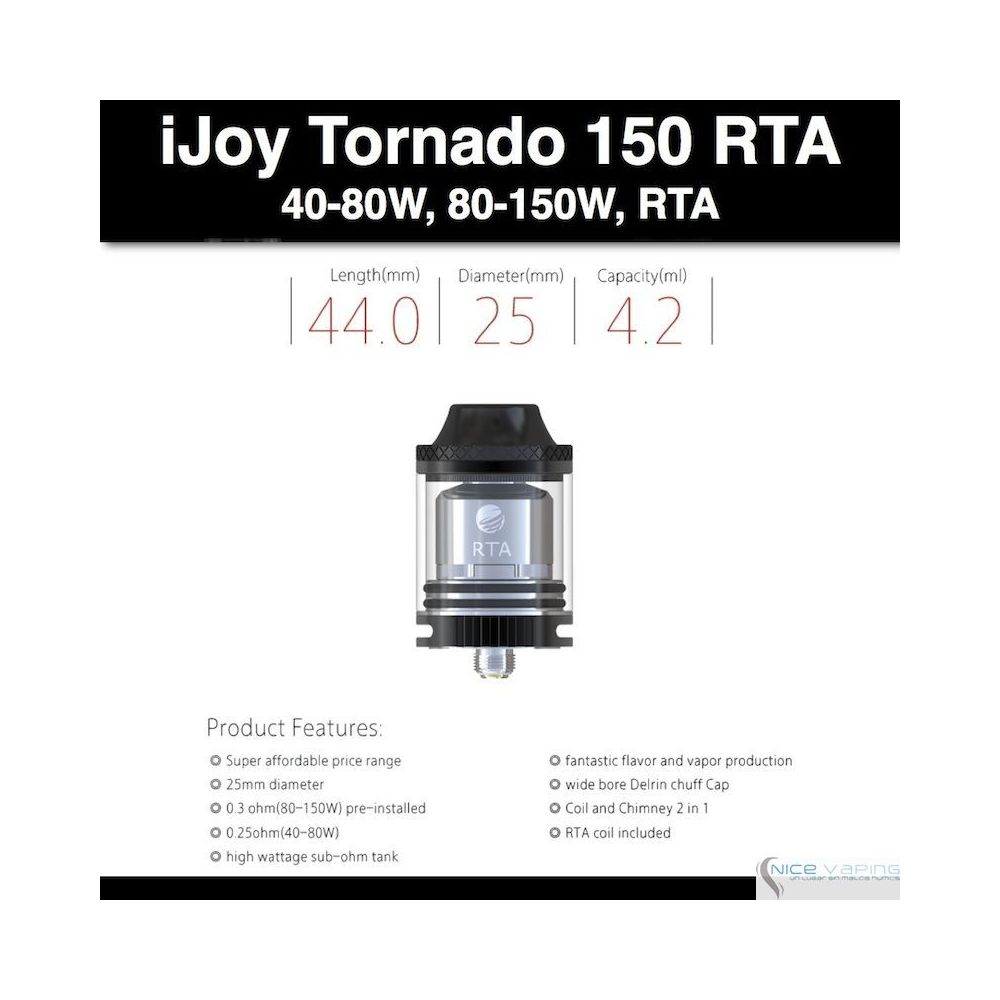 The iJoy Tornado 150 is the company's take on simple sub-ohm tanks, like the Aspire Cleito.

It's easy to use and maintain, and also comes with an RTA deck.

Here are the official features and specs for the iJoy Tornado 150.

The simplicity of this style of sub-ohm tank is fantastic. It’s easy to use and easy to clean. If something goes wrong, finding the weak link in the chain is never an issue. The top-refill system looks easy to work with as well. In addition to being shorter and wider than the Cleito, this tank looks a bit smarter too.

There are a few things that iJoy is doing better with its take on this type of sub-ohm tank. It’s wider than the Cleito, which looks better on most current box mods. The RTA deck (two-post style) is included, instead of an optional accessory. The Delrin chuff cap is great for high-wattage vaping, but the overall setup is so short that I expect good flavor out of the iJoy Tornado 150. Naturally, a lot of that will depend on the quality of the coils.

It looks good and I love its simplicity. Hopefully the coil quality is high.

The iJoy Tornado 150 is available in black and stainless steel finishes. They both look good, but I prefer the black model, since the chuff cap is black for both finishes. Similar to how the tank works mechanically, the design is simple. The top and bottom caps are slim, so you mostly see glass. Between the two finishes, this tank should look good on most mods…except maybe puce-colored mods (there’s no saving puce).